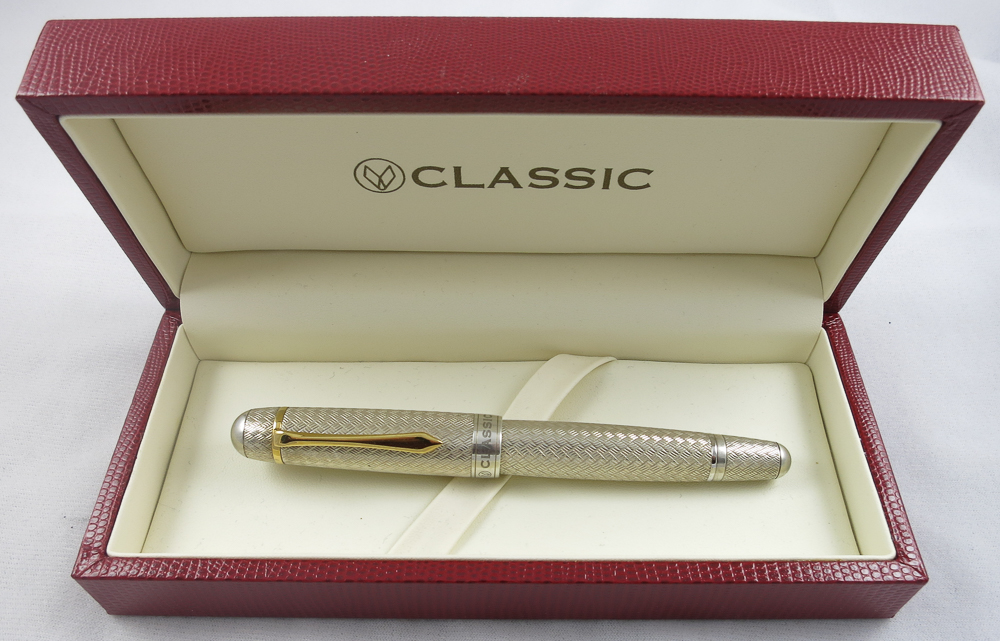 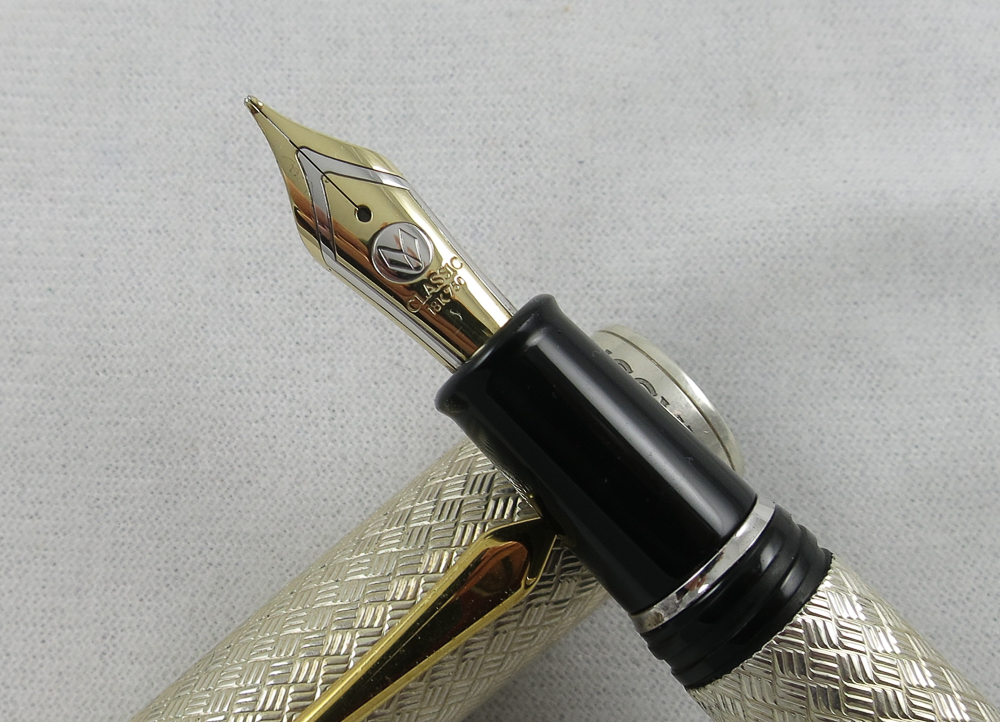 This is a very special pen, #2 in a limited edition series of 175 fountain pens produced for the Classic Pens Company. This was CP8 (the 8th series of limited edition pens), produced in 2008. There were two versions of this sterling silver pen, Flamme and Vannerie. This is the latter - a classic basketweave pattern. It's in excellent condition - used but barely. It's a heavy, larger pen. It was named in honor of the Murelli Family, who were pen makers, and was produced by the Aquilla Pen Company for Classic Pens. The total series of Vannerie pens was 250, but 75 were roller balls. This pen is a cartridge-converter pen. 5 3/4", 145 mm. Comes with box and papers. For more information on this model: http://classicpensinc.com/CP/CP8.htm
$750