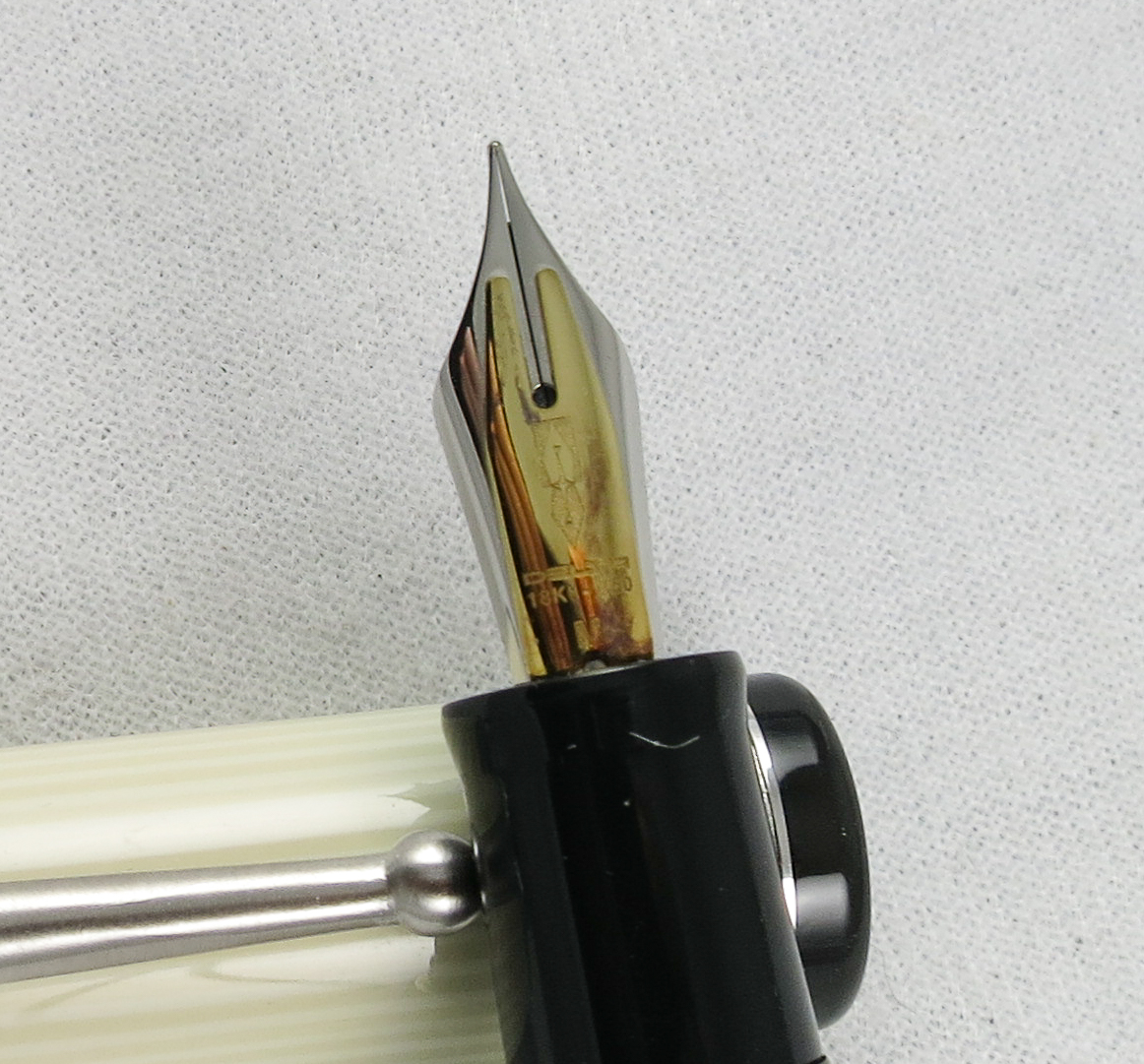 The Delta "Lex" is a large pen, made specifically as a tribute to the legal profession. It has the scales of justice as an ornament on the clip. The pen is a modern button filler, and I've installed a new sac. The barrel and cap are a creamy white with brighter white stripes that make the pen look like a Greco-Roman column. The cap is imprinted, "Delta Italy LEX L.E." The blind cap imprint is 122-754 [Only 754 were made, reportedly because 754 BC was when Rome was founded]. The nib is a medium steel nib, although Delta glued on a small gold plate to create what they called a "Fusion Nib." That's marketing fluff for "A gussied up steel nib." Let me reinforce - this is a large and very striking pen! It appears unused, but I have no box or papers. List price when it was released was $995. From an estate. 5 9/16", 141 mm.
$300