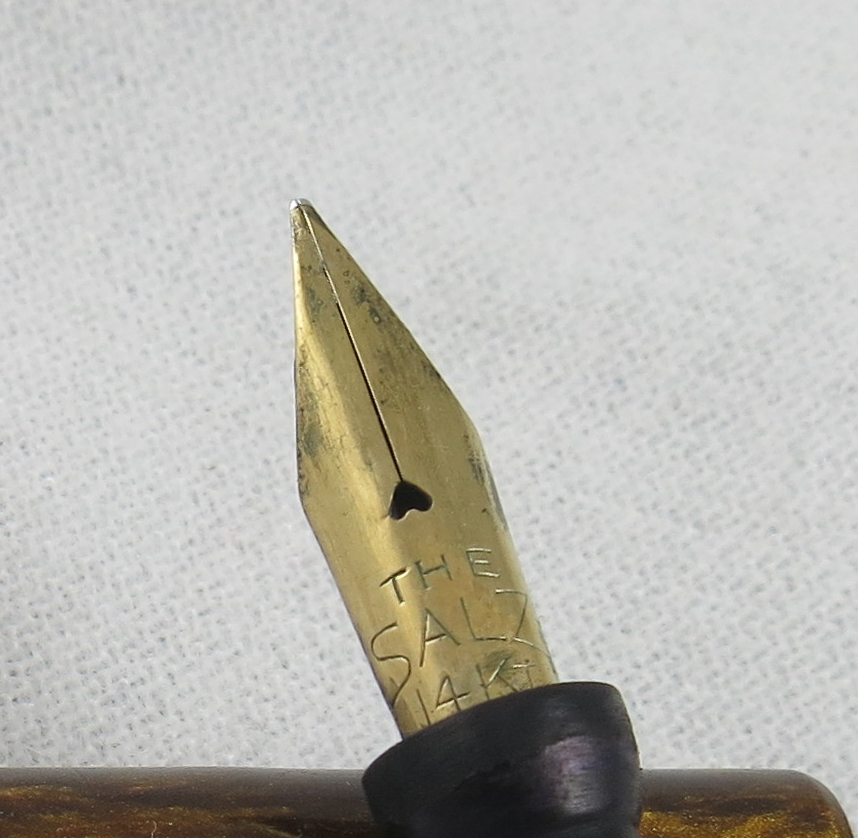 I collect Leboeuf pens. Leboeuf was a small independent pen maker located in Springfield, Massachusetts, and its notoriety rests largely on the gorgeous celluloid plastics they used. This 1920s pen is in one of the most famous colors, Gold Cat's Eye. The color changes and sparkles as you rotate the pen. Leboeuf ringtops were made with threads on the end of the barrel so you could screw the cap onto the barrel for a more firm posting. The plastic in this example is stunning - but that's followed by a string of caveats. The cap doesn't screw firmly onto the barrel threads when posting (fine as a cap). There's a slight bit of pressure warpage to the cap. The nib is a replacement Salz nib that's actually great as a writer, but not the original Leboeuf nib. The pen has a new sac, but it doesn't fill all that well regardless (lever filler). So why buy this pen? Color, color, color. While it has a nice replacement nib, no other claims are made. 4 1/4", 105mm.
$110